UMADAOP provides programming with the belief that substance abuse is best prevented and treated when the cultural dynamics of a group are addressed and included in the process of prevention, treatment recovery and education. Chemical dependency is viewed as an illness of the total person, which has physiological, psychological, social-cultural and spiritual components that require a holistic approach.

The primary purpose of the UMADAOPs is to provide culturally appropriate prevention services to African-American and Hispanic/Latino American communities in Ohio. Prevention services strategies include Information Dissemination, Education, Alternatives, Problem Identification and Referral, Community Based Process and Environmental Strategies outlined by the Center for Substance Abuse Prevention (CSAP). UMADAOPs of Ohio also conduct programming to achieve the four prevention goals of OhioMHAS.

All programming activities are structured to provide a foundation to build and rebuild positive, violence and substance free lifestyles, families and communities. This is achieved by increasing protective factors within the community and family domains. 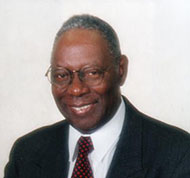 The Urban Minority Alcoholism and Drug Abuse Outreach Programs (UMADAOP) of Ohio were established in 1980 via legislation (House Bill 204) spearheaded by former State Representative William L. Mallory. Under the guidance of Rep. Mallory, former Ohio State Senator William F. Bowen, and State Rep. Ray Miller a network was developed to adequately address the prevention of alcohol abuse among African and Hispanic Americans throughout Ohio. The original eight programs were called Urban Minority Alcoholism Outreach Programs (UMAOP) and operated under the guidance of implementing agencies. They were located in Akron, Cincinnati, Cleveland, Cleveland Hispanic, Columbus, Dayton, Toledo and Youngstown. Through the years, other programs were added, and although UMAOP had always addressed drugs other than alcohol, in 1987, the 117th Ohio General Assembly passed into law the name change to The Urban Minority Alcoholism and Drug Abuse Outreach Programs of Ohio.. 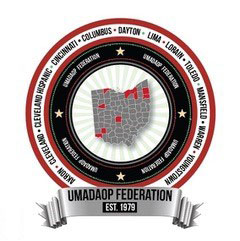 The Ohio Department of Mental Health and Addiction Services currently funds 12 UMADAOPs and one specialized program component in northwest Ohio to provide additional services to Hispanic citizens. They are a vital force in meeting the substance abuse education, prevention and treatment needs of African and Hispanic/Latino Americans throughout the state of Ohio.

The United Way of America is a non-profit organization that works with nearly 1,300 local United Way offices throughout the country in a coalition of charitable organizations to pool efforts in fundraising and support. The focus of United Way is identifying and resolving pressing community issues, as well as making measurable changes in the communities through partnerships with schools, government agencies, businesses, organized labor, financial institutions, community development corporations, voluntary and neighborhood associations, the faith community, and others.

Ohio's Alcohol, Drug Addiction, and Mental Health Services Boards are the "HUB" of the local Recovery-Oriented System of Care. Boards engage local partners to educate, advocate, coordinate, and facilitate the programs, services, and supports needed for individuals, families, and communities.

The mission of the Ohio Department of Mental Health and Addiction Services (OhioMHAS) is to provide statewide leadership of a high-quality mental health and addiction prevention, treatment and recovery system that is effective and valued by all Ohioans.

The Substance Abuse and Mental Health Services Administration (SAMHSA) is a branch of the U.S. Department of Health and Human Services. It is charged with improving the quality and availability of prevention, treatment, and rehabilitative services in order to reduce illness, death, disability, and cost to society resulting from substance abuse and mental illnesses.

NAMI is a nation-wide American advocacy group, representing families and people affected by mental illness as a non-profit grass roots organization and has affiliates in every American state and in thousands of local communities in the country

The National Institute on Drug Abuse (NIDA) is a United States federal-government research institute whose mission is to lead the Nation in bringing the power of science to bear on drug abuse and addiction.

Narcotics Anonymous (NA) is fellowship or society of men and women for whom drugs had become a major problem following the Twelve Steps and the Twelve Traditions developed by Alcoholics Anonymous, and is the second-largest 12-step organization.

Al-Anon/Alateen, known as Al-Anon Family Groups, is an international fellowship of relatives and friends of alcoholics who share their experience, strength, and hope in order to solve their common problems. Alateen is part of Al-Anon and is their Twelve-step program of recovery for young people affected by another's drinking, generally aged 13 to 19 years (varies depending on each group). Alateen groups are sponsored by Al-Anon members